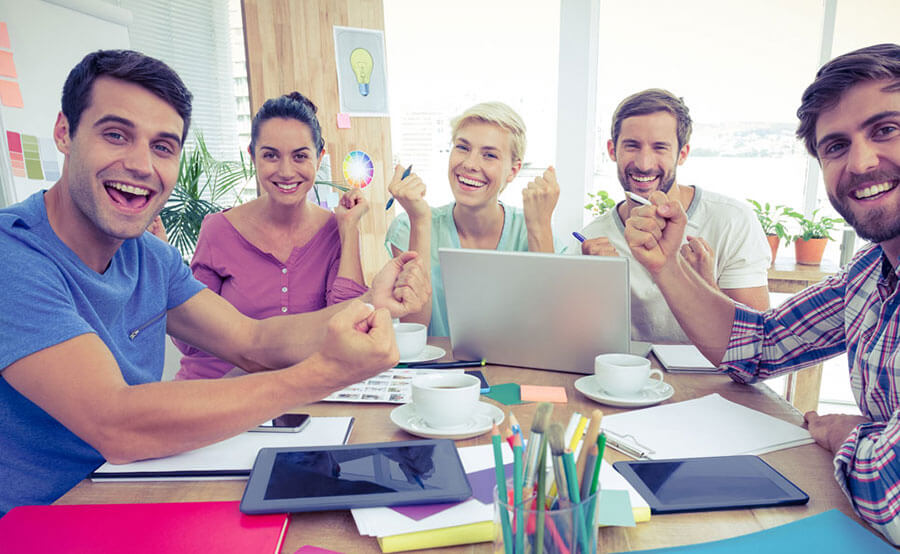 BoardClic Asking One Simple Question to Companies, “Are You Winning?”

It is a known fact that a CEO and Board of Directors have a very delicate relationship, which by default comes with natural tension. The CEO is trusted with crafting and implementing the organisational strategy, but it’s the Board and Chair’s responsibility to find the right individual who fits that role.

“Throughout my extensive career in Board and Executive Search, my job has always revolved around placing the right people in the right position. I have seen that a lot of time, money and energy goes into finding individuals for the board room and filling the position of CEO, but not nearly enough into following up on the very choice. When I personally followed up on the senior hires made to some impressive boards, I realised that the boards themselves were very much content with the outcome, but what was surprising was the fact that the CEOs were dissatisfied with them

They were often quite disappointed, not because of a lack of skills, but because the boards – and sometimes the Chairperson’s decision-making process, and in other cases the actual organisational strategy – wasn’t as strong and thorough as they had expected. When asked if they had brought this to the board’s attention, the usual response was that it’s something they wouldn’t do because they simply didn’t wish to start their new job on a negative note with their boss (i.e. the board). It struck me that, if this could be the case between a CEO and their board, how does the situation look within the board itself? And ultimately, between the shareholders and the board?

How do we ensure true alignment between these important parties, and how can we best measure and visualise non-alignment at a corporate top level in general?”

BoardClic understands the sensitivity of these relationships. Hence, it offers well-needed transparency and, at the same time, visually highlights non-alignment between top teams through a data-driven approach. This will have an immensely positive impact on the business because, in the end, achieving an increase in stakeholder value is only possible when you have reached true alignment.

How it all began:

BoardClic founders Monica Lagercrantz and Malin Lombardi started off with a consultancy business prior to BoardClic, called Lagercrantz Associates.

Monica founded Lagercrantz Associates in 2012 and co-founded the proprietary tool Fact Based Board Assessment. She is a former legal counsel and Managing Director of Russell Reynolds Associates and Heidrick & Struggles.

Malin, before co-founding BoardClic with Monica, carried out a large number of fact-based board and CEO assessment mandates through Lagercrantz Associates. Before that, she spent 9 years as a senior business lawyer with Roschier Attorneys in Stockholm.

So, it’s safe to say that though BoardClic was launched in 2018, it is powered by 20+ years of corporate governance and board assessment expertise.

Monica and Malin have collectively conducted over 8000 board related interviews over the years and have understood that there is an urgent need of digitalising this process. Workshops with Chairpersons and Boards were more and more geared to discussing benchmarking and data from similar situations, bringing their experience into a wider context. They realised that big data, benchmarks, KPIs and value drivers would be a great asset for the board room. The traditional board assessment processes are time consuming and expensive, and hardly involves any value creating digital tools.

Hence, the founders decided to put all their collected facts, figures and intelligence into a digital toolbox, with the goal of helping boards and CEOs to better understand alignment level and the quality of their work. The result was the creation of BoardClic – a digital, analytics driven tool which offers both the convenience of tailor-making assessments and the expertise behind standardised questions. The coining of the term BoardTech was made in tandem!

The intelligent questionnaires come in sector-specific versions for, including but not limited to, financial institutions, private equity firms and listed companies. BoardClic allows the client to include a tailor-made segment and is planning to further develop this feature as Machine Learning is becoming more and more viable. BoardClic compares and draws analysis on the basis of answers given by the Chair, Board Members and CEO in a survey, and incidentally finds deltas in alignment within teams. The actionable insights that BoardClic shares is truly value creating and it can be elaborated upon with interviews, workshops and advisory services.

Together with research from technical institute and university KTH around innovation and the board’s role, along with scientific analysis of its content, BoardClic has perfected its process of delivering a data-driven and fact-based result.

It is a well-known fact that extensive Board Assessments demands time, energy and money, but with BoardClic the simplicity of the platform makes them incredibly easy to conduct and manage. Our assessments can, and should, be done on a more recurring basis than the norm, since the platform is extremely intelligent and the data becomes increasingly value-creating as you go.

Together with research from technical institute and university KTH around innovation and the board’s role, along with scientific analysis of its content, BoardClic has perfected its process of delivering a data-driven and fact-based result.

It is a well-known fact that extensive Board Assessments demands time, energy and money, but with BoardClic the simplicity of the platform makes them incredibly easy to conduct and manage. Our assessments can, and should, be done on a more recurring basis than the norm, since the platform is extremely intelligent and the data becomes increasingly value-creating as you go.

Monica also adds;
“After having completed 250+ board and CEO assessments and conducting over 8000 board related interviews as a headhunter, it is clear that, in order to have efficient and high-quality

board work, there are certain values that are more important than others. We have identified these parameters and grouped them together to create indexes, e.g. “Decision Making” or “Strategy”. We are already allowing companies to benchmark themselves against our overall Boardclic Index. We have also created indexes for specific roles like Chairman and are currently working towards setting up other indexes such as an Innovation Index, as we have noticed the amount of value it brings to our clients. We consider that measurement with objective criteria is the only way to know how you are doing and to improve efficiency”

On that note, Monica signs off saying;


“BoardClic has years of knowledge and insights of experienced consultants and it is all geared up to shape tomorrow’s winning teams and organisations.”

6 types of companies and boards that should conduct an evaluation

Do you know if your board is Davos Manifesto 2020 compliant?

BoardClic is an analytics platform that takes a data-driven and science-based approach to evaluating boards of directors, CEOs and management teams. The platform provides qualitative actionable insights on performance, benchmarking and transparency in order to align top leadership functions.

Platform
Pricing
About us
Careers